10 Revolutionary Technologies That Could Shape the Future 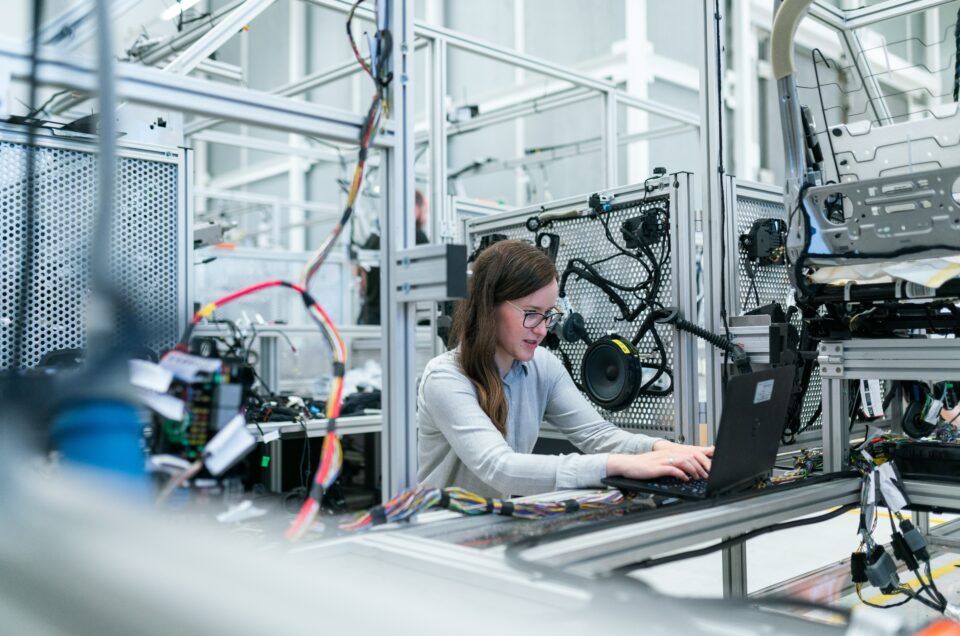 Are you ready to explore cutting-edge technology?

From quantum computers to artificial intelligence, these 10 innovative technologies have the potential to change the world as we know it.

Read on to discover how these groundbreaking developments could shape the future of energy, healthcare, communication, and more.

Quantum computers have the potential to revolutionize the field of computing by taking advantage of the unique properties of quantum mechanics to perform certain calculations much faster than classical computers. Research in this area is being actively pursued by numerous scientific journals, such as Nature, Science, and the Physical Review.

Superconductors are materials that can conduct electricity with zero resistance, which could have a wide range of practical applications. However, most superconductors only work at extremely low temperatures, which makes them difficult to use in practical applications. There is ongoing research to try to develop materials that are superconducting at room temperature, which could have a major impact on fields such as energy transmission and medical imaging.

Artificial intelligence (AI) is a rapidly evolving field, and there is ongoing research being conducted by organizations such as OpenAI to try to develop more advanced and capable AI systems. One approach that has shown promise in this area is the ChatGPT language model, which has achieved state-of-the-art results on a wide range of natural language processing tasks. However, there are many other areas of research in the field of AI that are being pursued, such as developing systems that are better at adapting to new environments, creating AI systems that can understand and generate natural language, and developing AI systems that can learn from unstructured data.

Biomedical implants are devices that are implanted into the body to restore or enhance function. There is ongoing research to try to develop new types of biomedical implants that can perform a wide range of functions, such as restoring sight to the blind, helping people with spinal cord injuries to walk again, and treating conditions such as Parkinson’s disease. Some potential sources for this research include the Journal of Biomedical Materials Research and the Journal of Neural Engineering.

Solar energy is a promising clean and renewable source of energy, but the efficiency of current solar cells limits its widespread adoption. In order to overcome this limitation, researchers are working to develop new types of solar cells that can convert a wider range of the electromagnetic spectrum into electricity and achieve higher levels of efficiency. For example, researchers have explored the use of materials such as perovskites and quantum dots, which have the potential to significantly improve the efficiency of solar cells. According to a study published in the journal Nature Energy, perovskite solar cells have the potential to reach efficiencies of over 30%, while quantum dot solar cells have achieved record efficiencies of over 25%. Other potential sources for research in this area include the Journal of Photonics for Energy and the Journal of Solar Energy Engineering.

Storing excess energy generated by renewable sources such as solar and wind is a crucial challenge that needs to be addressed in order to increase the use of these sources and reduce our reliance on fossil fuels.

To address this challenge, researchers are working on developing new types of energy storage systems that are more efficient, longer-lasting, and cost-effective.

Augmented reality (AR) is a technology that overlays digital information in the real world, and it has the potential to revolutionize fields such as education, entertainment, and communication.

There is ongoing research to try to develop more advanced AR systems that are more realistic, responsive, and immersive. Some potential sources for this research include the Journal of Virtual Reality and the Journal of Augmented Reality.

Space travel has made significant progress in recent years, but there are still many areas where technology can be improved. For example, researchers are working on developing new propulsion systems that are more efficient and capable of propelling spacecraft at higher speeds.

One approach that has shown promise in this area is the use of ion engines, which use charged particles to create thrust and can achieve high specific impulses (a measure of efficiency).

According to a study published in the journal Acta Astronautica, ion engines have the potential to significantly reduce the amount of fuel needed for space travel and enable long-duration missions to destinations such as Mars. Other potential areas of research in the field of space travel include the development of advanced materials for use in spacecraft, such as materials that can withstand the harsh conditions of space, and the development of new technologies for exploring and utilizing the resources of other celestial bodies.

In conclusion, there are many innovative technologies that are currently being researched or may be developed in the future that have the potential to significantly impact various aspects of human life.

From quantum computers that could revolutionize the field of computing, to solar cells that could provide a clean and renewable source of energy, to biomedical implants that could restore or enhance function, these technologies have the potential to make a positive impact on society.

Additionally, the development of these technologies could also create new job opportunities and stimulate economic growth. It is exciting to think about the many ways in which these innovations could help humans in the future and the positive impact they could have on the world.